The First World War actually started on the 28th of July 1914, but the British establishment and British media has chosen to ‘commemorate’ the anniversary on the 4th of August (i.e. today) because it was on the 4th of August 1914 that Great Britain threw itself headlong into the greatest clusterfuck in human history and declared war on the German Empire. I have learned many new things from the ensuing (awful) coverage. For instance, did you know that British* troops fought in the First World War in order to defend/preserve/whatever Our Freedom? And that we, therefore, owe them something (exactly what is not made clear) because of Their Sacrifice as They Died For Us. I had no idea of this, having previously believed that Great Britain was not a particularly free country in 1914 and that it was certainly not a democracy as I understand the term. My general (apparently inaccurate) view was that Britain was involved in the war not in order to Preserve Our Freedoms but largely in order to preserve (and ideally enhance) Britain’s status as a Great Power and because of impossible-to-wriggle-out-of diplomatic treaties, understandings and outright alliances. Indeed I was even of the view that poor innocent Great Britain was not in fact terribly innocent and had actually contributed significantly to the outbreak of war by involving itself in a massive naval arms race with Germany. My general opinion was that the First World War was a pointless and pointlessly bloody disaster, and that the millions who died in it ultimately died for nothing; that they were needlessly sacrificed as a result of the idiocy and incompetence of generals and politicians on all sides, and that the ultimate result of all the slaughter was not a bright new future of freedom, but even greater horror just twenty one years later. How delightful it truly is to learn that I was wrong and that British soldiers were, indeed, Making A New World: 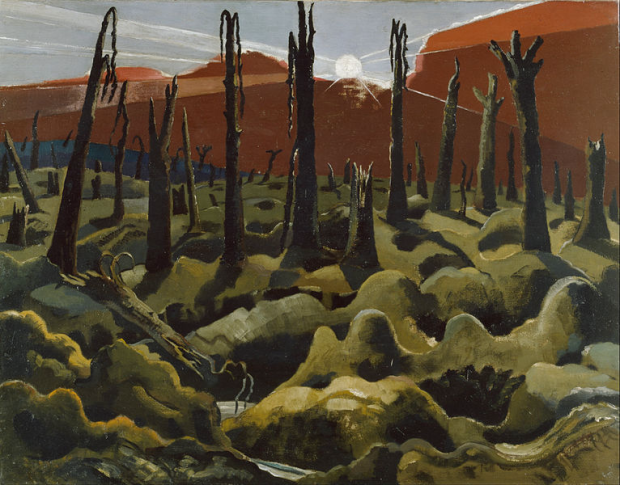 *And Imperial (the White Dominions and the colonial possessions both), but let us draw a veil over that as it makes Britain look bad.